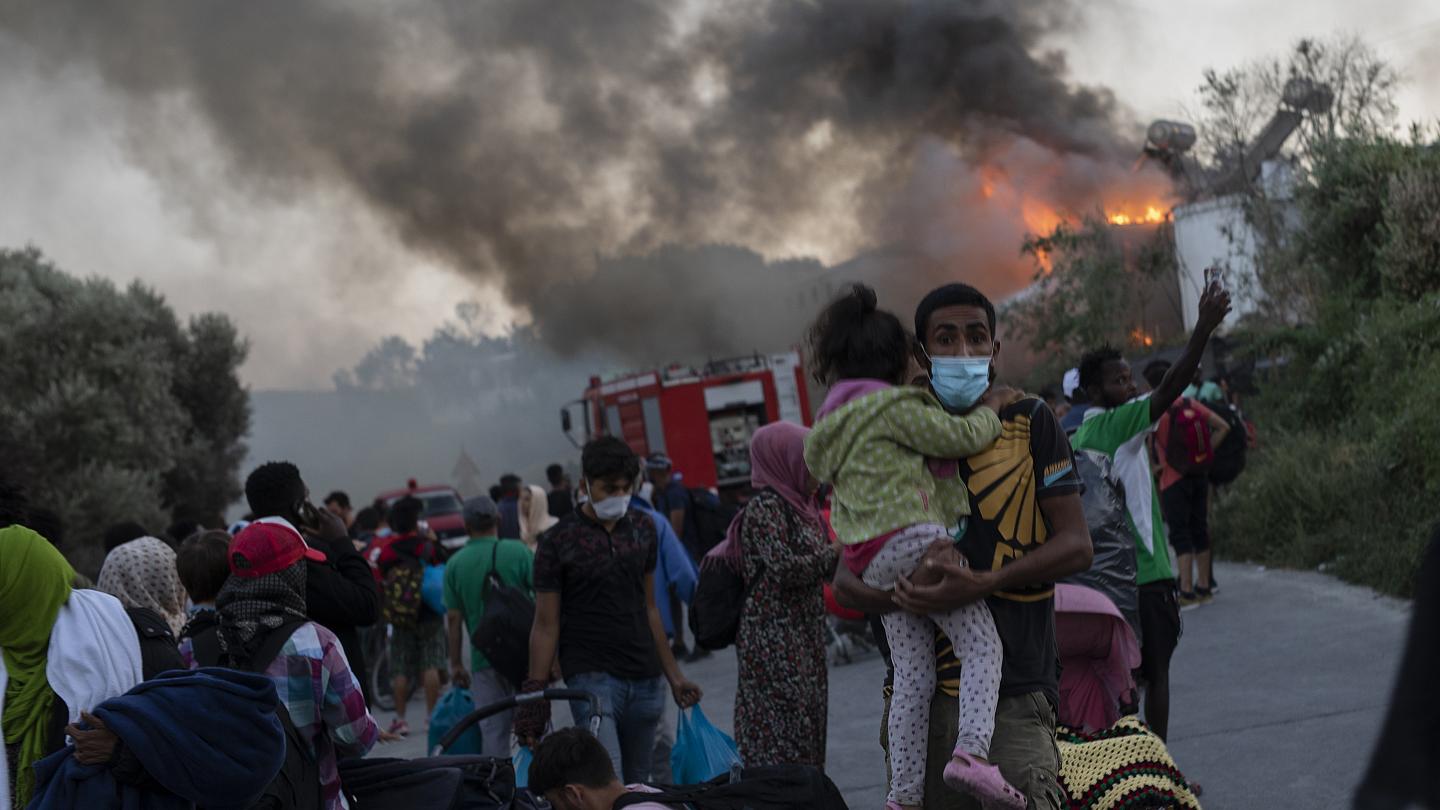 Moria, the biggest refugee camp in Europe located on the Greek island of Lesbos, was destroyed in a fire almost two weeks ago. Even though it was designed for 3000 people, there were up to 13 000 people living there before the fire. The camp was so severely overcrowded, that the inhabitants often had to spend up to 12 hours in line waiting for food that was often expired or moldy. Moreover, there were also not enough sanitary facilities. Tensions began to rise after the refugee camp was put under quarantine when some of the asylum seekers were tested positive for COVID-19. With the gates closed, it became impossible for the refugees to get food from the outside, and they were left without even the most basic of sanitary products. Riots soon broke out and the fire that has completely destroyed the camp is thought to be an outcome of one of them. Moria was a time-bomb that had finally exploded.

As recently as 2015 there was significant solidarity with the refugees in Lesbos. Situations, where fishermen were going into the sea and helping the refugees trying to get to the island, were common. After transporting them safely to the shore, they were often also provided with food and clothes by the local communities. The islanders were even nominated for the Nobel Peace Prize for helping migrants and refugees.

However, years of neglect, a lack of organisation, and the absence of ideas on how to deal with this situation only tired and discouraged the island’s inhabitants. Concerns have appeared over their own livelihoods – as the number of refugees on Lesbos grew, the island gained a reputation of a refugee island. Vacationers did not want to spend their holidays in a shanty town and so they chose other destinations. Lesbos, that heavily relies on tourism, started experiencing decreases in visitor numbers. There are still some people supporting the refugees, but the opposition has been growing, including more radical movements, which has led to the outbreaks of violence. In the beginning of this year, it led to a partial isolation of the island and halt of humanitarian aid, as NGOs were concerned for their workers’ safety. The majority of volunteers have been sent home after some of them were attacked by armed locals. Even after the fire, some of the islanders blocked the roads leading to the camp, preventing NGOs from providing humanitarian aid that is needed now more than ever. The inhabitants admit that the hostility has arisen because they were left alone with the issue, without any help or interest on the Greek government’s behalf. It comes to mind that the current events in Moria were an inevitable culmination of lack of management and negligence that has compiled over the years.

After the fire, many of the asylum seekers were left without sanitation, food, or water in the hot Mediterranean sun. What had already been a humanitarian crisis before the fire has turned into an even more critical situation. Moria became a permanent refugee center in 2015 when Europe was experiencing a refugee crisis. At the time the European Union was divided and many countries refused admitting any refugees, and many became home to only symbolic numbers of asylum seekers. Countries like Greece or Italy were basically left alone with hundreds of thousands of people flooding into their borders. The truth is, that the crisis of 2015 has never ended. The number of refugees is still increasing with thousands trying to storm through the Spanish borders in Morocco or risk their lives by crossing the Mediterranean Sea on makeshift boats, with thousands more on their way through Northern

Africa or the Middle East. Europe needs to start taking actions to help resolve the issue as a union that it claims to be, otherwise another Moria will happen.