Red Children on The Sound of Night 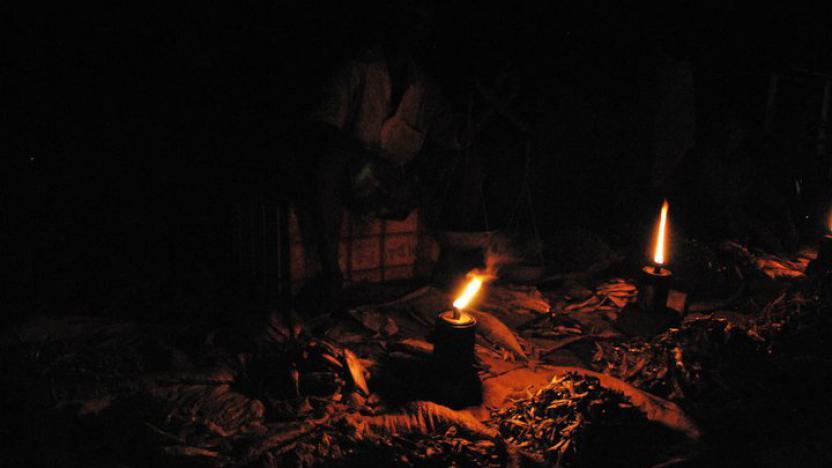 A night was only dark because one’s eyes couldn’t see. But eyes weren’t sights when an escape and a life needed to survive. They were mere moons and stars that couldn’t find ways to shine. His skinny hand without light felt broken and empty of darkness, but I wish not to witness the sight of his scars — the redness of it. The little alcohol lamp, far away from where we were laying, was lively shimmering, enough to murder and torture many, but it couldn’t manage to burn us. The darkness of the children, empty of souls, was surveilling the villages with skins, bones, and scars. My black uniform was stripped off tonight for him, for beauty, for an escape, for a night between our blind eyes. His body, so frail, enough to scare me of getting old, but how bad can becoming old be when fragility was something so common? The dampness of his hair soaked in sweat and humidity was the only sensation I could materially perceive. His sleep was needed. His night was needed. I wish I could say that our bare hands caressing one another was as innocent, but the smell of dirt and metal, and hopefully not blood, kept us from our beings. Blooming with pain and scars on wet leaves drenched in the slightly damp muddy floor was us breathing ourselves for a nation so empty of color that a slight affection was the brightest beam of light warmer than one o’clock. The children’s eyes were closed, and the soul opened readily for a dream, but their body and mind could never be separated; otherwise, the body will pay a deadly price for the unreadiness of the mind. I said dream; a single dream would be enough to kill a child, enough to make them fragile, enough to devastate them in every way possible. Let alone a nightmare. The dampness of their hair so lost in the warmth of the night was the excretion of fright out of their skull. Their legs were so tiny and thin even if they were fed just enough food. (It was fair enough to say that being full of food was being full of blood.) Their growing bodies were surrounded by guns and mines asking for more than dust to explode. I was dark and color and dust and motions (next to him).

Somewhere, that wasn’t a dead-end, a broken piece of explosive mines, or an unarmed cadet, asked me to escape with him (for death was very good at waiting). But to escape meant to think, and for being a thinker was hypocrisy, he’d rather have my gun on his forehead. But he knew too well that, for both of us, we’ll someday kill one another. His eyes, softly kissed, dwelled in the grey grim of his face. His eyes opened to mine smiling unto the touch of my heart. His eyes, the redness of it, were too dark to be visible, but we all had learned to see in the dark. Our eyes were open, the empty well of sadness so dull to even dwell on. His soft utterance of the word “sleep” was a warm instruction, hoping his eyes won’t open to the metal sound of friends commanding lives to wake up & to put on the shining blackness of our garments.