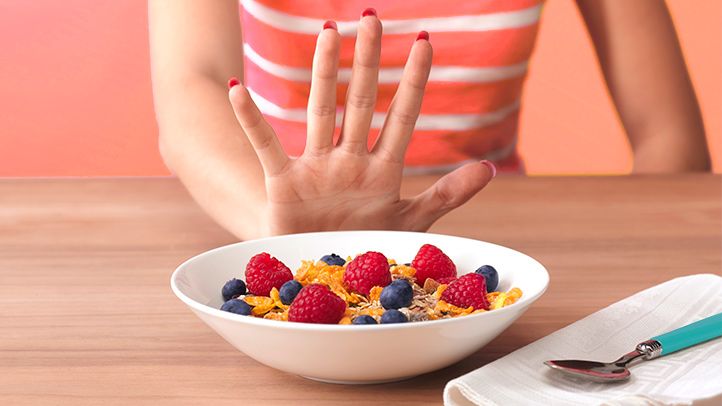 The first time that I heard about it, it was in a random YouTube vlog. The information itself wasn’t the topic of the video, it was entangled somewhere in the middle of the vlog between some kitchen advice and a description of what the YouTuber did that day. But it caught my attention. It sounded familiar. And I had never heard of it before. Ever since I was a child I had a big problem with food. There was barely anything that I could eat. I didn’t eat any vegetables and in my house, for dinners, we alternated between just a handful of different meals that I could eat. I only ate the first burger of my life at the age of 17 and it was the same year when I started drinking water. Before that, I was mostly living on sugary drinks and because of that going on family holidays, summer camps or even visiting a friend after school was often extremely stressful for me. Even if there was something familiar to eat, I often still couldn’t do it. I always said that I wasn’t hungry and many adults joked that I must be living on just air, but it was just an excuse. It wasn’t because I wasn’t hungry or because I didn’t want to eat but because I just had a mental blockade preventing me from it. Although many have heard of anorexia or bulimia, surprisingly few people know that the world of food disorders doesn’t end there. What I have is called Avoidant/Restrictive Food Intake Disorder (ARFID). People who have it are not focused on their body appearance or weight. They want to eat but often just can’t get themselves to do so. It is not restricted to a specific age and it may also be developed in adult life, although many of the affected people had it since early childhood. Everyone’s experience with ARFID is a little different but most often it is characterized by anxiety and fear of trying new foods, not eating enough, and being hypersensitive to taste, smell, or texture. It is also common to have specific food “rules” like different foods cannot touch on a plate, it must be cooked in a very specific way, have the right color and temperature, or be served on a special plate with specific cutlery. The vast majority of people with ARFID have a very narrow selection of safe foods to which their diet is restricted, which most often are heavy on carbs and have a generally small nutritional value such as fries, chicken nuggets, plain pasta, pizza, and that selection rarely includes healthier stuff like vegetables. In my case, trying new foods always gave me some anxiety. I have always been underweight and often skipped meals even while being hungry. I am quite sensitive to smells and texture, to the point that a sudden change of smell or texture during or before eating can make me lose my appetite almost automatically. I very often feel nauseated and can’t even think about food at certain moments of the day, which sometimes get quite hard when food advertisements and just food-related stuff pops up everywhere on the internet. It is especially bad in the mornings, and most of my housemates have never seen me around the kitchen in the morning. However, with time, I learned to deal with it, even before I realized that I have an actual eating disorder. Sometimes it is still quite bad especially when I’m stressed out or sleep-deprived. For example, when I have an 8.45 and I’m generally tired I’m most likely to just have pasta for lunch and avoid vegetables. But now during most of the days, I can eat a variety of different foods and I would consider my diet relatively healthy. During these good days, I don’t have too much of a problem with trying some individual new food items anymore, which causes the range of foods I eat to expand every month. Nonetheless, I’m one of the lucky ones and ARFID can be experienced much worse by many people, to the point where they may even require hospitalization. In most cases, it requires specific types of therapies. Even in non-life-threatening cases, it may be a real struggle. There is a chance that you have a “picky” friend who actually struggles with that. The most important thing to remember is to not pressure that person to try new foods because it just increases the anxiety and makes it harder for that person to do so. Make them feel safe and avoid commenting on their eating habits. Don’t say that they are “just picky” and keep in mind that it is a legitimate mental disorder that can be serious. However, the fact that I have not heard of the existence of ARFID for so long still makes me think. It was only officially recognized in 2013, but it does not seem to be uncommon. Excluding myself, I know 3 other people who experience this as well. The exact statistics on the number of people do not exist yet, as many people don’t know about it and therefore don’t seek diagnosis, but I can imagine that at least some of you know at least one person that can be affected by this. I hope that in the future more people will know about it and that people will not have to wait to learn what it is that they are struggling with for as long as I did.