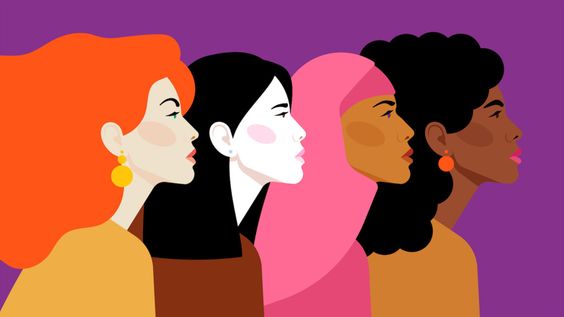 Disclaimer: The following article is strongly opinionated and is entirely based on my personal experience, and does not speak on behalf of anyone or Tabula Rasa.

We live in a politically correct culture. Political correctness is a term used to describe attempts to speak in a way that minimizes offenses in regards to social groups such as gender, ethnicities, and sexualities. At a first glimpse, this seems like an ideal and healthy practice, and there should be nothing wrong with it. However, I also came to notice the hypocrisy associated with political correctness. For example, some people say the supposedly “right things” without actually espousing them or reflecting them through their actions, which has disappointed me on many occasions here at UCR.

My first encounter with political correctness goes way back to my first semester. In my very first class at UCR, the professor took attendance, calling the names of the students one by one. He had been calling the full names of all my classmates in a friendly tone, but a frown immediately appeared on his face when he finally got to my name on the attendance sheet. After a moment of brief pause, he asked, “who is this Miss or Mr. Song?” For some reason, I could detect a mild sense of irritation in his tone as he looked around the class. I felt rudely singled out, and almost immediately, I became very conscious of my social identity as the only person of colour in the class. In my head, I began questioning, ‘is there something wrong with my name?’ Looking back, instead of just wondering in my head, I wish I had actually confronted him. I am keenly aware that my name is not easy to pronounce and that the English spelling of my Korean name does not fully reflect how it ought to be pronounced. As such, I do not expect non-Koreans to pronounce my name perfectly. Even just the most basic effort to pronounce my name fully is deeply appreciated. As such, the fact that he did not extend to me the modest civility hurt my feelings. One particular class with him sticks out in my memory. In that class, he suddenly started to preach against racism in the middle of his lecture, claiming that he hated racists. As soon as I heard him say that, I was immediately reminded of my first encounter with him, where he did not attempt to pronounce my name just because it was different from any other common Caucasian names he was used to. I could not help but wonder if he was saying that for the sake of being seen as the righteous professor or if he actually believes what he says. Anyhow, regardless of his actual beliefs, I found what he said very ironic and hypocritical of him.

I have many friends who are very passionate about human rights and stand against any form of injustice. One of them exemplifies for me the hypocrisy of political correctness. She has always told me that she hates racists and that it frustrates her to see how people of colour are treated in her country. I honestly think that she means what she says. However, on several occasions, I had verbal racial slurs thrown at me by strangers whilst walking on the street of Middelburg with her, and each time she said nothing or simply dismissed it. For instance, one afternoon, while we were having a stroll, several teenagers walked past us, making slit-eyed gestures at me and calling me some racist terms. I called them out on their behavior, saying that they were being rude and disrespectful, but they did not bother and just walked away. The whole time I was standing up for myself, she remained silent. On another occasion of a similar incident, she again chose silence, so I confronted her, directly asking if she did not hear what they said to me. And she denied. I could not help but feel bitter because she was walking right next to me.

Ever since then, every time I hear her say that she wants to find a career related to human rights or advocate for marginalized people, I get very offended by her hypocrisy. When she actually had the opportunity to stand up for the people of colour, she sided with the aggressor through her silence, and when confronted about it, she denied witnessing the scene of injustice that unfolded right before her eyes.

I do think that she truly believes what she says. But I do not think that she is brave enough to reflect her words through actions corresponding to her proclaimed beliefs. Some people say what seems like the right things without actually having the courage to stand by those words. And as someone who believes that action speaks louder than words, I find it infuriating whenever I bear witness to this kind of hypocrisy.

Of course, political correctness is better than spreading hatred but I think it is also good to be conscious of the hypocrisy surrounding it. Do you really believe in what you say? Can you actually stand by those words? Because if you cannot reflect your words/beliefs through your corresponding action, then it is just an empty echo. Just like the proclaimed diversity in UCR advertisements in efforts to not lag behind the modern university trends, your words are a mere performance.

Other than the performative nature of political correctness, I additionally think that political correctness can relentlessly shame and silence people who hold contrary beliefs to what mainstream society pronounces as “right”. For instance, I know of a Christian friend who is pro-life in debates concerning women’s reproductive rights. Personally, I believe in reproductive choices for women but I do respect her for her beliefs as everyone is entitled to their opinion. However, when she expresses her beliefs to others, she immediately gets dismissed as “traditional” and “backward-thinking” and deemed as being against female empowerment. Nobody tries to bother listening to her arguments, so she does not have the chance to elaborate on her position, which I think is very unfair. The discourse on feminism is heavily centered on women’s reproductive rights, and to be deemed as a true feminist, it seems that you have to agree with and support abortion regardless of your religious beliefs. And the failure to do so will disqualify you as a feminist.

Right before the Netherlands was hit by the COVID-19 virus, I had the opportunity to discuss this with some of my classmates.  When it was my turn to speak, I said that it was imperative that countries that were not yet hit by the virus immediately close their borders with China and other countries where the virus had already been reported. As soon as I said that, I was immediately labeled as racist and xenophobic. But my opinion came from a place of genuine concern, as Korea was already hit by the virus then as a result of the government’s late response to close the border despite the experts’ earlier warnings. I honestly think that the case of New Zealand and Taiwan, whose immediate actions were to close the border following the reports of the virus in China, illustrates the success of early response in combating the virus. Their action was very reasonable, not racist. After being dismissed, I did not dare to express my beliefs whenever someone asks me about my take on the pandemic.

Very recently, one of my Dutch friends told me that she would love to visit Korea with me this summer, to which I was more than happy to say yes. I immediately proposed that she should have a walk around one of the ancient Korean palaces, wearing a Korean traditional costume which I could easily lend her. Her response to my suggestion was “I would really love to but I am afraid that it would be seen as a cultural appropriation if I wear it as a white woman”. As soon as she said that, I was dumbfounded and immediately thought to myself, ‘damn.. political correctness has gone too far’. I felt bad that she was afraid to fully experience the culture. In the end, I convinced her that her wearing Korean traditional costume was cultural appreciation, not cultural appropriation.

I do see the necessity of political correctness but at the same time, it has gone too far to the point of infringing one’s freedom of expression.  I think it is very important to not forget to leave rooms for different opinions. After all, there is no such thing as a right thing to say or a way to act.

A small tip on how to pronounce my name^^