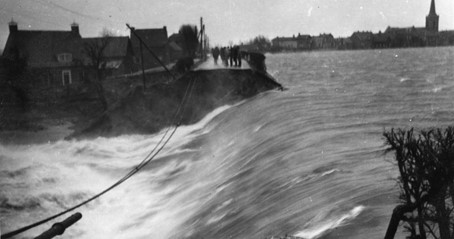 As the name of the country suggests – Nederland means low-lying country – much of the country is low-lying with regards to the sea level. About a quarter of the Netherlands lies below sea level, and about 60% of the country is vulnerable to flooding from the sea or rivers. This is especially the case in Zeeland, as it is the most surrounded by water and separated into different islands, making it more vulnerable to water. Historically, Zeeland was associated with recurring floods and breaches in dikes. The most notorious of these floods was the Watersnoodramp, which occurred in 1953. A rough storm, in combination with springtide (when high tides are higher and low tides are lower than average due to the gravity of the moon), caused serious flooding of a large chunk of Zeeland, Zuid-Holland, and Noord-Brabant. It is known as the biggest natural disaster that has occurred in the Netherlands since WW2.

The highest measured waves in Zeeland were measured in Vlissingen, with 4,55 meters above sea level. To put it into perspective, the entire first floor of Eleanor would have been underwater with this level of water. The storm at first wasn’t much of a concern, and many Zeeuwen went to sleep not expecting what would happen later. As the water was rising to incredible heights, many of the dikes were too low to keep the water from going over them, and eventually damaging or breaching them. Many people were surprised in their sleep by the incoming water. The extreme water height, flooding, and storm lasted for more than a day, which didn’t help either. Many people were stranded in their houses, seeking refuge in the highest points of their home such as the attic or the roof, and waiting for help. The damage to many places was grand, and around 1800 people died of the natural catastrophe.

The main reason the storm did this much damage was that many of the dikes in the risk areas were not well cared for, too low, or too weak to ever hold the water they gave the idea they could hold. Mainly due to the Watersnoodramp, the Delta Plan was initiated. The Deltawerken is a network of carefully engineered dams, dykes, and sluices that helped decrease the length of the Dutch coast, making Zeeland and the surrounding provinces less vulnerable. The water is now more manageable, which is especially useful in case of any looming storms or floods. The system is highly technical and might be mentioned in one of your engineering courses, as it is studied worldwide for its advancement in terms of water management. Although I don’t fully understand the mechanism it uses to keep water out but also flowing freely under normal conditions, I am happy to accept that it protects us from any crazy storms. What is especially cool is that you can drive over the Deltaworks, as they act as bridges too.

One of the places you might cross, and where they worked to build the Deltawerken, is Neeltje Jans. Neeltje Jans was a small working island used during the construction of the Deltawerken, as it was a convenient place to connect the island of Noord-Beveland and Schouwen-Duiveland. As the construction has now finished, the island has turned into a monument, and it is a wonderful spot to have a look at the Deltawerken doing their job of protecting us. I found it very impressive to see the movement of the connected sluices and recommend you go there sometime during your time at UCR. And if not, at least you now know that there is a highly technological system built to keep you safe from water, even though you live in Zeeland and might expect the sea.

Picture of a place where the dike had breached due to the flooding of 1953.

Jasmijn at Neeltje Jans with the Deltaworks in the background. 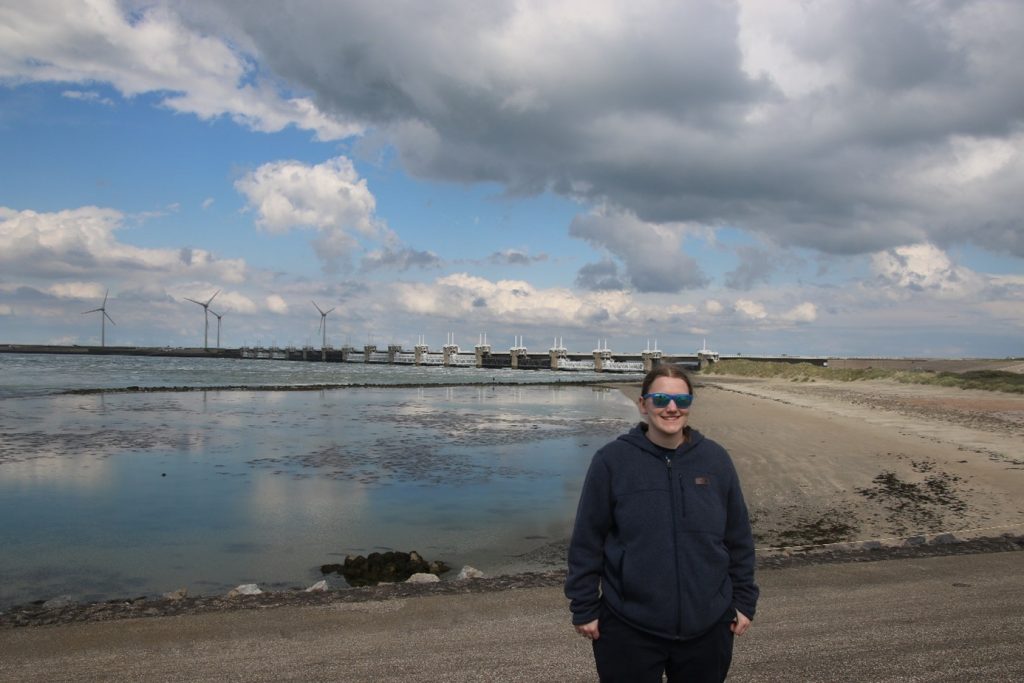