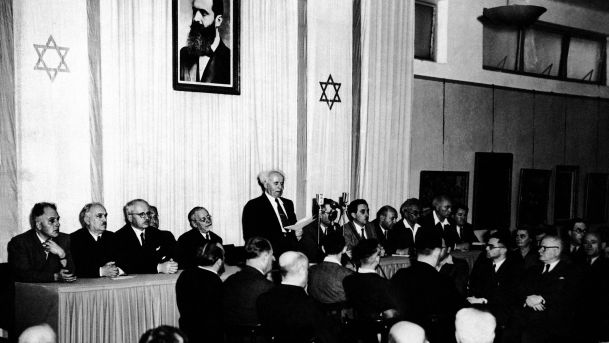 Disclaimer: Dear Reader, this article has been the subject of a complaint from a member of our community. The Tabula RASA Daily Board agrees the original article did not reach our desired standards of journalistic integrity and therefore the author agreed to rewrite the article addressing concerns relating to clarity, concision, potentially offensive language, and a lack of scholarly references.

In the interests of transparency, this first version of the article has not been removed but instead a similar disclaimer has been added.

As with all of the articles published under our name, we’d like to remind the reader that the views expressed by the author should not be assumed to represent the views of the board.

we strive to create a safe space wherein people can express varying opinions. However, as this is a small-scale student community, we must take care with how we affect one another. Therefore, we encourage you to engage in dialogue with us and each other. Please refer to our guidelines for any concerns. We aim to continuously update our guidelines

The Israeli state’s true establishment began when Plan Dalet was put into place in 1948. David Ben-Gurion’s long-awaited dream. The plan included 58 massacres which took place throughout Palestine, the forcible relocation of those remaining both outside and throughout what will become Israel, and the renaming of (almost) every part of the land as a form of “geological ethnic cleansing”, as Nur Masalha brilliantly explains.[2] This of course wasn’t only Ben Gurion’s dream. However, from he’s early visits he spoke of the need to cleanse the land of its native. The same was said by Herzl and most any other Zionist who believed Palestine to be a viable land for future Israel.

Their dream of a Jewish state for Jews was further released in 1950 when Israel instituted the “law of return” allowing any Jews, or more correctly any non-black Jews (This of course is very clear in relation to the overwhelming difficulties that Ethiopian Jews had to traverse to enter Israel and still go through to remain there), to “return” to Israel, cementing it as an ethno-state. An ethno-state is a start whereby a specific ethnicity is (if not the only there) the first class (This is not to say that within these states stratification does not exists even within that ethnicity.) and individuals outside that ethnicity exists as a second-class citizen (Once again there are exceptions and stratifications even within these groups). This was even further done three years ago, when Israel passed the “Jewish nation-state law” which stated, “the right to exercise national self-determination” within Israel was afforded “unique to Jewish people”. Furthermore, it demoted Arabic from a national language. Meaning that signs within Arab areas do not require Arabic to be printed on them. Lastly, it further codified the building of settlements within (the even more illegally occupied) west-bank as a national good.

Israel as a state for Jews however was never truly realised for many. Israel has historically, and still today, marginalised it non-white Jewish population. Ella Shohat famously mapped out the manner in which Mizrahi Jews have been forced to forgo their Arab selfhood for the sake of acclimating to Israel’s white-supremacist nature, having lost their ancestral languages, area specific religious rituals.[3] Along-side its genocide of the native population, Israel undertook the cultural genocide of its non-white populations. Cultural genocide is understood as a process whereby a people’s culture is systematically and systemically eroded and eventually destroyed, in this case through direct government action. From its inception it stole and at times sold (or gifted) Yemenite, Mizrahi and Balkan Jewish new-born children to Ashkenazi families.[4] The reasoning for this was that white-Jewish families would be better at raising individuals who will be productive and worthwhile for the state (This part of the claim is not directly substantiated by other literature which I’ve come across. However, I believe that this clearly follows). Truly revealing it’s white-supremacist nature.

Israel’s misdeeds against Jews go further, as Shlomo Sand explains; the idea of Jews as a coherent whole is one created by Zionist and proto-Zionist in their mission of creating a true ethnos. The proto-Zionist can be most easily understood in relation to the U.S Black nationalist movement. These movements wished to create a nation within a nation for an oppressed people, in East/Central Europe and the U.S respectively. Having emerged alongside the concept of nation states with strong focus on a strong, true ethnos.[5] To create this ethnos, proto-Zionists (and later Zionists) removed histories of Jewish communities and their culture. However, this imagined ethnos fails to match historical records and erases and erodes major Jewish populations throughout the world.

To understand the reason for the perpetuation of the idea of exclusively white Judaism, we must remember that Zionism is a white settler-colonialism mission. This is not to say that most of the Israeli population is white. However here we must interact and assess hegemony. That is to say the group which holds the power in a given institution. We understand that while globally white people are a minority however, they constitute global hegemony. Regarding the settler-colonialism aspect, Gurion wrote about this extensively, describing how the Zionists must use the Europeans methods to establish their own colony. This also led to the borrowing of Europe’s own (while modified) white supremacy. If we understand white supremacy in simplest terms as societies which have “whiteness” at the centre; ones which are structured for its benefit and to ensure (and enshrine) its perpetuation at a higher socio-economic point than raced-ness. Utilising Charles Mills’ theory from the Racial Contract, whereby he explains the manner in which the constructionists overlooked the racial aspect of their theory, thoughts and actions. He goes further to outline race as such; white, off-white and non-white (off-white being Jews, Italian, Slavs and Celtic people).[6] Modifying this so that so that White also encompasses white Jews, off-white being non-white but non-black Jews, the margin between off and non-white being Black Jews, and finally non-white being Palestinians and other Arabs.

Israel’s final fault lines in its dance with fascism. Fascism is most simply defined as “palingenetic ultranationalism”.[7] Those are both brilliant words, however, they may be unfamiliar or vague to many. Palingenesis is the idea of the great rebirth of a people. Remember here that genesis conjures up thoughts of Chirstian creation and the day of judgment is not a mistake. The general idea is that once our people were great but the “other” has destroyed it for us and now we are in ruins. However, if we struggle, we can return to this greatness. Ultranationalism is self-explanatory; it is the idea that national identity is (if not the most important) extremely important. This maps on perfectly onto Israel and Zionism. We (the Jews) once great are now not and the other (the Arabs) wish to destroy us. However, we can defeat them. The part of ultranationalism can be seen through the immense focus on national imagery and the intensity with which national identity is felt (Here we should note that such ultranationalism is common in most modern nations). It can also be seen through the integration of Jewishness into Israeli.

However, we must remember that fascism as Goerge Jackson points out is reactionary revolutionism.[8] If you remember Coraline, it’s like the other world in relation to revolutionism. It is a tainted mirror image. Jackson’s main meaning here is that it evolves and changes with time. Appropriating the imagery of important current movements and the national (or group) specific imagery. If we try to look at Zionist fascism like Italian fascism we will fail.

[1]  This quote is a partition from a statement made in one of the first Israeli government meetings. Zisling made the statement in relation to Plan Dalet. However he continues to state that these facts must be hidden from the Israel public.

[4] “The Affair.” The Yemenite, Mizrahi and Balkan Children Affair, www.edut-amram.org/en/the-kidnappings/.

The Invention of the Jewish People, Shlomo Sand

Blood in my eye, Goerge Jackson

The Question of Palestine, Edward Said