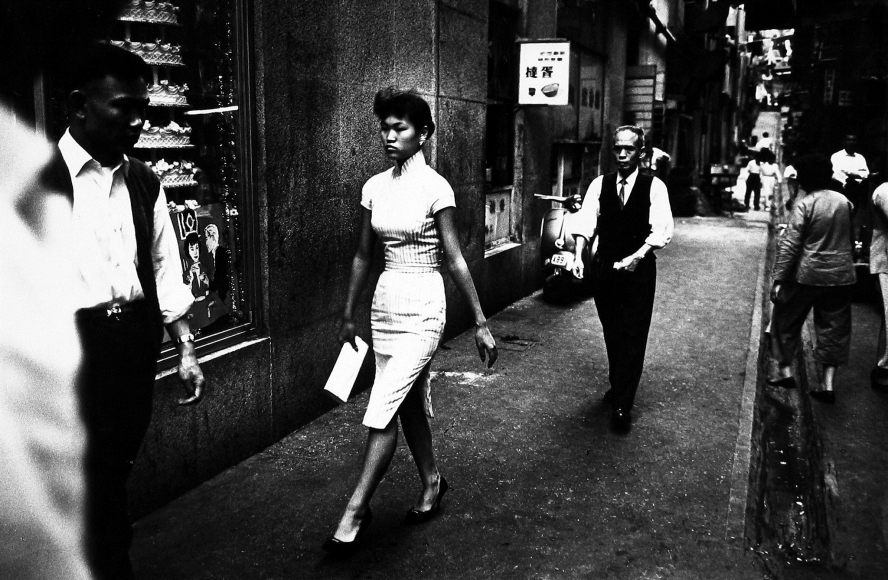 You might have already seen it if you went on the CultureCo Amsterdam trip in February, but if you haven’t already, make sure you get to Amsterdam as soon as possible. Stedelijk Museum, a museum for contemporary art, is hosting an exhibition on Ed van der Elsken, a Dutch street photographer.

Ed van der Elsken was born in 1925 in Amsterdam. As a young adult, he attended art school with plans of becoming a sculptor. However, during World War II, with fear of being detained by the German occupiers for being a student, he went into hiding. After the war he briefly thought about becoming a film projectionist, before deciding he wanted to be a photographer.

In the exhibition, called “Camera in Love”, Stedelijk Museum provides us with the biggest overview of his work in 25 years. It starts off in relatively small and dark rooms, with a general introduction to his life and work, including his methods and the way he meticulously planned out some of his “spontaneous” street photographs. After you have walked through this part, you get to the main part of the exhibition: big, light rooms with the full-sized prints hanging on the walls.

After Van der Elsken moved from Amsterdam to Paris in 1949, he got inspired by a group of bohemians living their life on the streets of Paris, killing their time in the cafes and bars in Saint Germain des Prés. He showed them on drugs, in love, happy and sad. The photographs were published in a photographic love story in 1956 called Love on the Left Bank.

Another notable series shown at the exposition is Jazz. The original photo book, published in 1959, is one of the most collected photo books of the 20th century. Inspired by the music, Van der Elsken decided to take pictures of the jazz musicians performing in nightclubs in Amsterdam. The pictures were taken from close up, without flash. Vince Aletti, a photography critic, describes them as “gorgeous fields of grain”, and as “moody and soulful as a sax riff”. Judge for yourselves.

Despite this small trip to concert photography, Ed stayed a street photographer at heart, which shows in the rest of the exhibition.

His love for Amsterdam – he always spoke fondly of ‘my’ Amsterdam and ‘my’ Amsterdammers – led to his photo book Amsterdam! (1979), which captured the spirit of his beloved city. He loved taking pictures of rebellious youth, nozems (the Dutch version of greasers) and anything and anyone that captured his eye.

This is not even everything you can see at the exhibition; it features work from his world travels (Sweet Life, 1966) and trips to Japan (Discovering Japan, 1988) as well as excerpts from a few of the films he made. In 1990 he died from prostate cancer. As a pioneer for Dutch street photography, someone who faultlessly knew how to capture the spirit of the people he photographed, he is remembered as one of the greatest Dutch photographers to have ever lived.

Esther Kromah, class of 2019, is a law, literature and philosophy major from Amsterdam, the Netherlands.