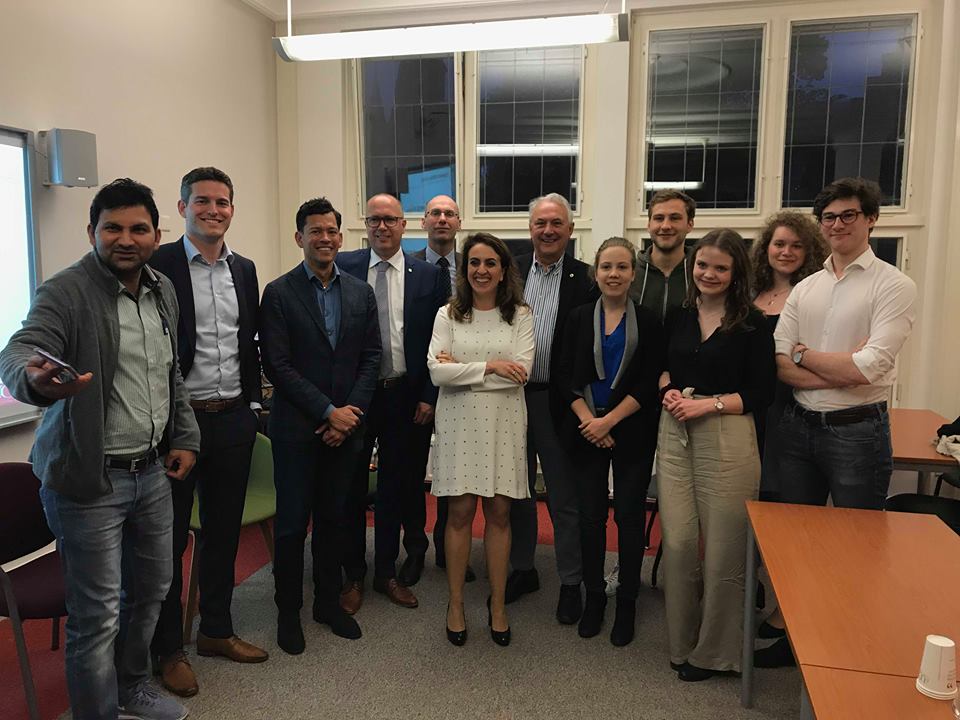 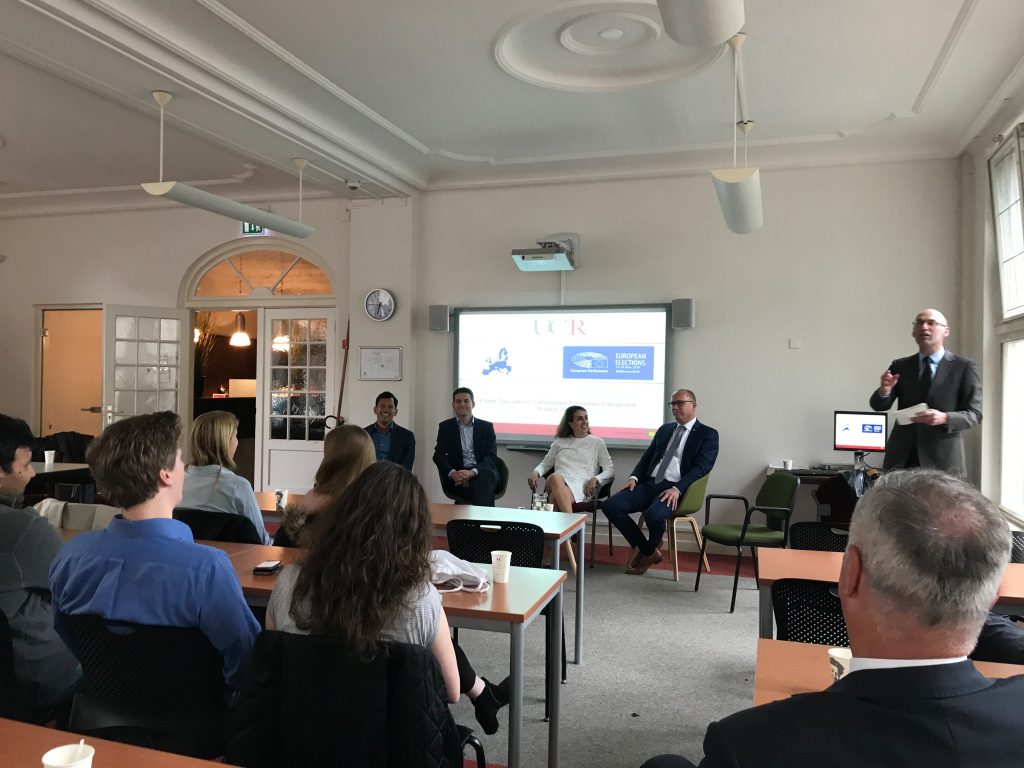 On Thursday evening, the 25th of April, the political and law society of UCR (PoLaw) invited five candidates for the European elections to come and defend their party’s views. The debate was a mix of cultural values and freedoms with a critical but enthusiastic audience. The event was an impressive display of what student associations at small universities can put together independently, with a small amount of time and in the somewhat remote location of Middelburg.

The board of PoLaw, which currently consists of Naomi Colvoort, Judith Brouwer and Natalie Burduli, wanted to bring the European elections into the foreground of the minds of students through organizing an event that would help students and faculty orientate themselves on the differences between the parties running for the European elections. They settled on a panel format where representatives of political parties could provide their opinions and discuss prevalent topics.

The organization of such an event, however, is not a piece of cake. The communication with political parties was slow and it often took a long time to get confirmation about the speakers that would attend the event. This led to PoLaw only having one week to promote the event for the students. Naturally, this caused some anxiety for them about how large the audience would be, especially in these last couple of weeks of the semester when students are struggling to meet deadlines, causing them to opt-out of student life for a while.

However, when I walked into the Burg that evening, I was received in a very welcoming atmosphere. The entrance was filled with students and faculty and PoLaw had even hired the small-scale catering service that UCR is affiliated with, to provide coffee, tea and the somewhat late but just as delicious chocolate Easter eggs. Everyone was discussing their views loudly and convincingly, as those who are politically-interested are known to do and all in all, the atmosphere seemed right to have a fiery debate.

When the event officially started, everyone found their seats and the panellists were asked to introduce themselves. The moderator of the evening was Dr. Lelieveldt, the political science professor and researcher at UCR. He led the debate between five candidates, two progressive panelists from D66 (Raoul Boucke, No. 2) and Volt (Nilufer Vogels, No. 2), two center panelists from CDA (Tom Berendsen, No. 2) and 50 Plus (Jan George Lernout) and one conservative panelist from the SGP/CU (Jan Henk Verburg, No. 7). Thankfully, the candidates were open and frank and especially due to the early contribution of the Volt party member, the gloves came off early in the evening. The candidates defended either federal Europe or simply enhanced cooperation, as well as their plans for defence, environment and other issues. The D66 and Volt candidates sometimes launched a combined attack on the CDA candidate who was the most eloquent out of the other three non-progressive candidates. Nevertheless, there was a clear consensus that cooperation should be increased between member states as the efficiency of the EU on large issues such as foreign policy and defence was not as high as it should be.

This inevitably set up the stage for the last and terrific question about EU politics: “How does your party intend to advertise this idea of enhanced cooperation or integration if the majority of the EU citizens is against this?” The candidates did a little run-around this question, talking about the dangerous effects of populism (including a funny slip of the tongue by the Volt party member, arguing that Hungary had a totalitarian democracy, which caused a good laugh for many of the political science students) and the importance of networking.

Nevertheless, I would argue this evening was a successful one. The statements created by PoLaw ensured that candidates had to state their political opinions with their consequences, without beating around the bush. The moderator made sure the candidates stuck to the questions at hand and did his best not to give the audience an evening of typical political correctness. Finally, the audience was critical and put the candidates on the spot with their questions leading to an evening full of fire, criticism and opinions which helped students make up their mind and prepare the candidates for all the election events they have ahead of them.

Amélie Snijders majors in Politics and Law, with a minor in Literature and comes from Nieuw-Beijerland, the Netherlands.

Image Source: photographs by PoLaw board