“Girlboss” (2017): Funny, Yet Uninspiring And Narcissistic 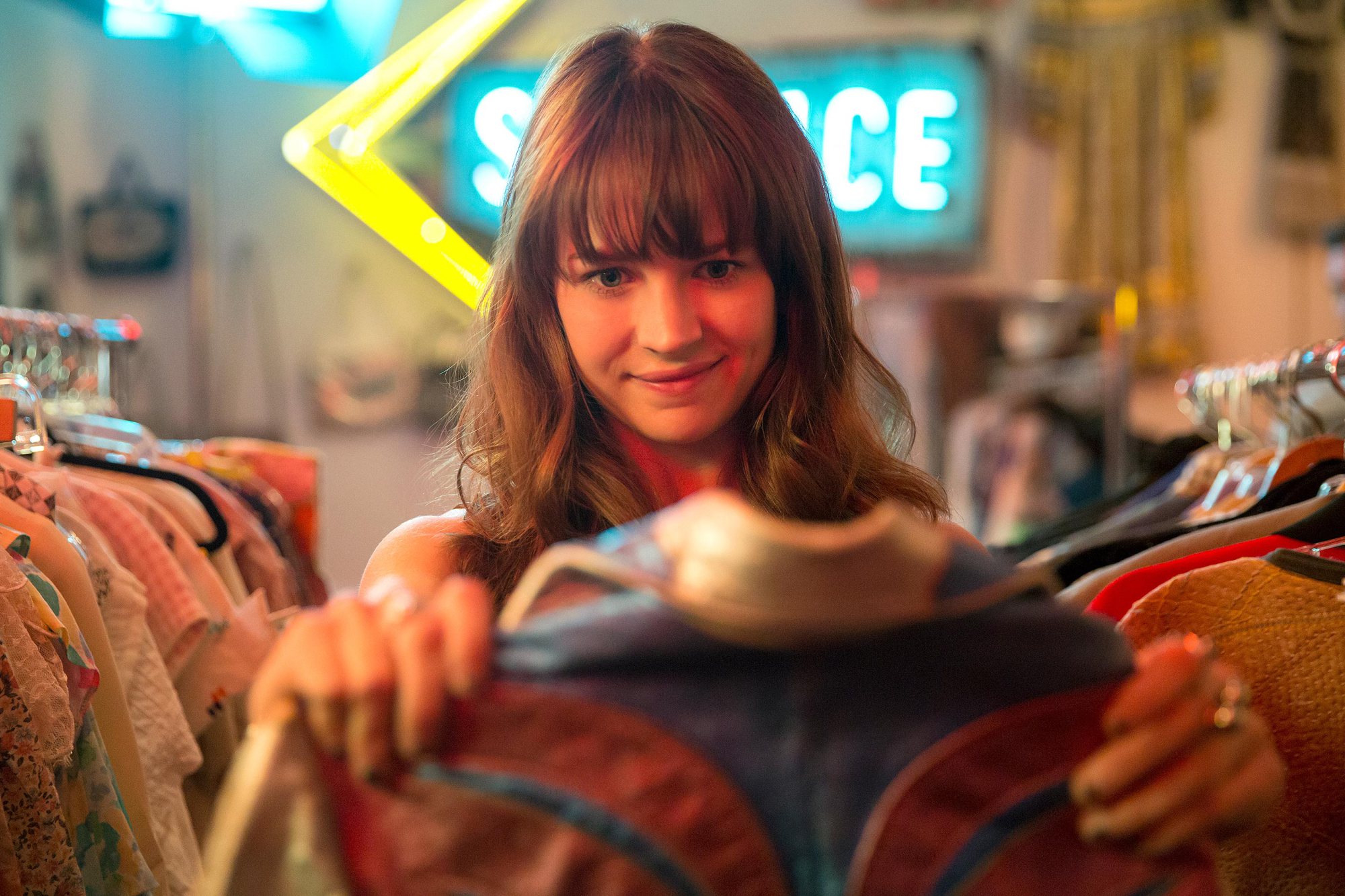 The past couple of weeks, the Internet, audiences, Selena Gomez-fans and young adult psychologists have been under the spell of Netflix hit series 13 Reasons Why. Now, if you ask me, there are 13 reasons why and why not the watch the show, which is a story for another time. Today, we’re talking about the latest Netflix hit – fresh off the presses, released only last week – Girlboss.

Based upon the best-selling book “#Girlboss”, the series follows the story of Sophia Amoruso on her journey to become the founder and CEO of Nasty Gal, an online fashion brand. As is featured right before the start of every single episode, the events in the series are loosely based upon real events… real loose. Creative liberties sure have been taken, but this new television series is not so much about telling the factual events as it’s about telling a story. And what an interesting and funny story Girlboss is.

Over the course of 13 episodes (why, Netflix, why?!), we get to know Sophia as she battles with keeping a job, losing a job and – finally – finding her dream job: being the founder of fashion imperium Nasty Gal. We watch Sophia as she finds a vintage leather jacket and selling it on eBay for thousands of dollars, wanting to start a business (“Not a business… it’s a passion“), looking for the perfect name, getting health insurance and managing her own success. It sounds like the perfect success story: accidental eBay goldmine turns into an incredibly lucrative business. It’s almost too good to be true. Instead of showing the struggles of starting up your own company, managing your own finances, employees, online costumer ratings, and crying over taxes, Girlboss portrays a sun-lit, funny, and colorful ideal image of success. It may not be the truest to the real deal, but it sure is hilarious.

Even though I really enjoyed watching the show – due to actress Britt Robertson’s excellent lead performance, crazy colorful costumes, and hilarious lines – there’s also something I seriously disliked about Girlboss and the story it tells. I can’t tell how much fictional Sophia differs from the actual Sophia, but the fictional one seems awfully narcissist, irresponsible, and lazy. A huge part of the series consists out of Sophia complaining about not wanting to grow up, not wanting to take any sort of responsibilities, and not wanting to go to work every day – it’s not motivational at all. Yet still, this woman seemingly out of nowhere becomes the CEO of her own company. I applaud start-up businesses, and I immensely respect and appreciate all of the work, time, and passion that go into them, but Girlboss just seems to laugh in this sentiment’s face. You don’t have to work hard, be respectful, and be super responsible to become successful, independent, and self-sufficient – no, you just have to be mega-self-absorbed.

All in all, Girlboss is an entertaining watch if you’re in the mood for something uplifting after 13 Reasons Why. I wouldn’t recommend taking any valuable business tips or motivational quotes from it, but you sure can get a few good laughs and an absolute ton of fashion inspiration.

Eden van der Moere, Class of 2017, is a literature, linguistics and theatre & media studies major from Goes, the Netherlands.