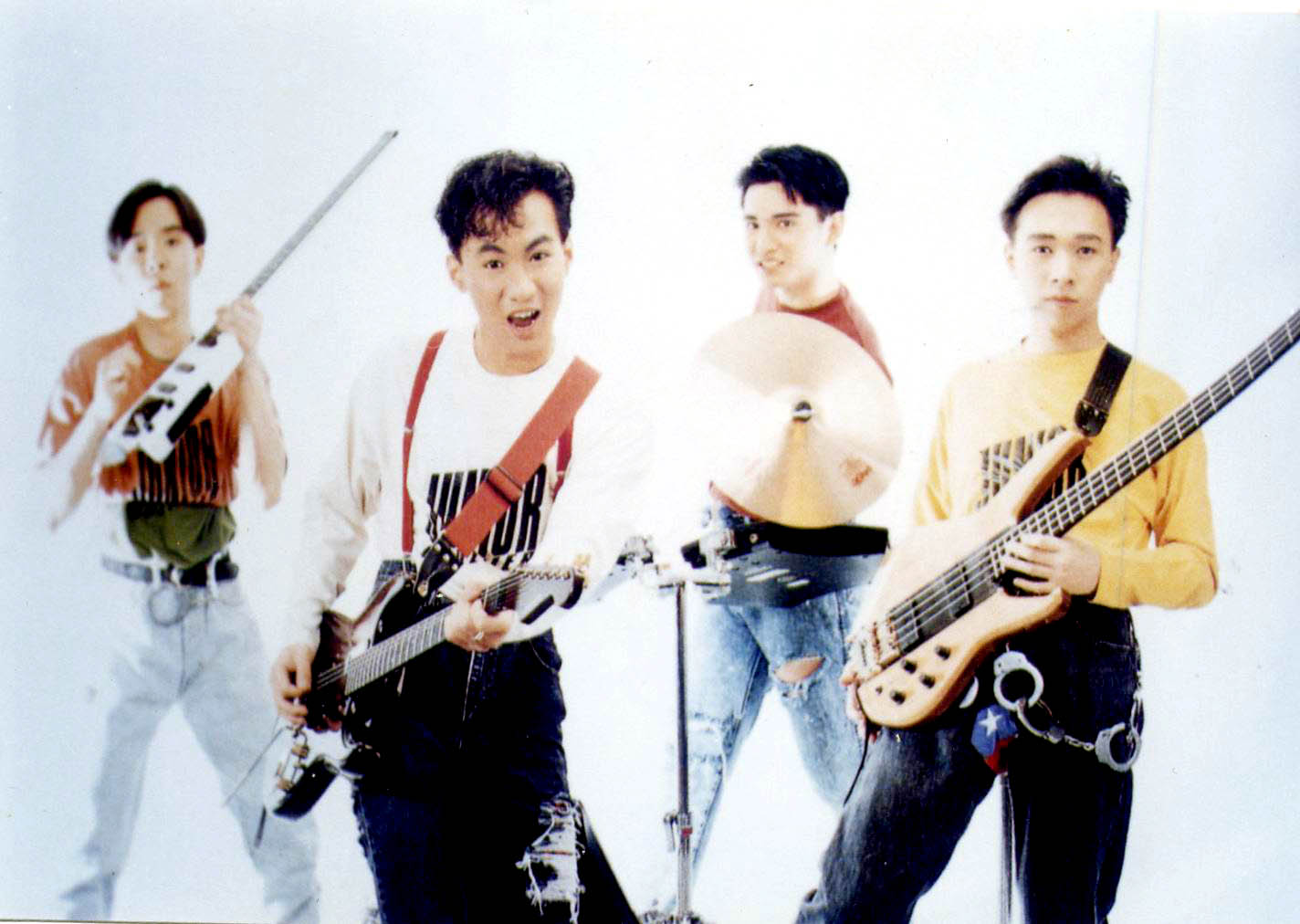 Beyond is a rock band from Hong Kong. Unlike in most western countries, rock music was not well appreciated in China until the late 90’s, when Beyond managed to popularize it through their music. There are still fierce arguments about whether or not rock was Beyond’s music style. From what I can see, they did not simply convert the so-called western music style into a Chinese one, but rather, stuck to the free spirit of rock and balanced it with pop music. When their founder Wong Ka Kui died in an accident in 1993, Beyond continued to perform, but finally disbanded in 2005 when the rest decided to go for their own solo careers. The song 光辉岁月 (Glorious Years) is seen as the stamp and memory of their generation.

HAYA is a 10-year-old pop music band. All the members are Mongolian, one of the 55 Chinese ethnic minorities. They integrate traditional folk music and Mongolian dancing and instruments into their music, and make great use of Mongolian long-tune, khoomei and other original music forms that are being ignored for long. Their lyrics are mostly in Mongolian and are about their appreciation of nature. HAYA is very special and precious. Ten out of nine recommended.

My Little Airport is an indie pop band that’s also from Hong Kong. Unlike Beyond, MLA is a more ‘modern’ band in the sense that their music is based a lot on current political situations. One of the most well-known song is called ‘Donald Tsang, please die’ when Tsang was still the second chief executive of HK. With no restrictions from any parent company, MLA is free and blunt with their sexual and political-themed lyrics (many of them are not allowed to be published in mainland China of course). When they write songs in English, they keep the essence of Hong Kong English with their spelling and grammar. They are great.

PMM is a band from Beijing (finally), formed in 2011. They mix elements from different dynasties with rock music, and sing with a Beijing accent. They write songs on many small little things – my favorite was about how their agent lost his wallet. PMM is very good at making use of symphonic dynamics and Eastern Asia pentatonic scale (I don’t understand what this means but that’s what they have said). Many bands have started to emerge in the past five years in China, and the music scene thrives on their unique styles. Perpetual Motion Machine is definitely one of the top.

SMZB is one of the first punk band in China. It formed in late 1996 in Wuhan (my city:))), and has now performed in many countries (they were even at the Paddo Punk festival in 2005 in the Netherlands). Unlike a lot of other Chinese punk bands, which rant a lot just to be ranting, SMZB brings up nostalgia from lots of generations. Their earlier works are said to be more like duplications of so-called western music, but they integrated pipe and piccolo in their new songs, which makes them into more of their own style.  To quote some of my fave lyrics: No citizens in China, but only prisoners; They are society’s killer, we are punk rockers; They are naked officers, we are naked punks.

Laney Liu, Class of 2019, is an economics and computer science major, from Wuhan, China.