FASST – For Anyone Slightly Soccer Trained 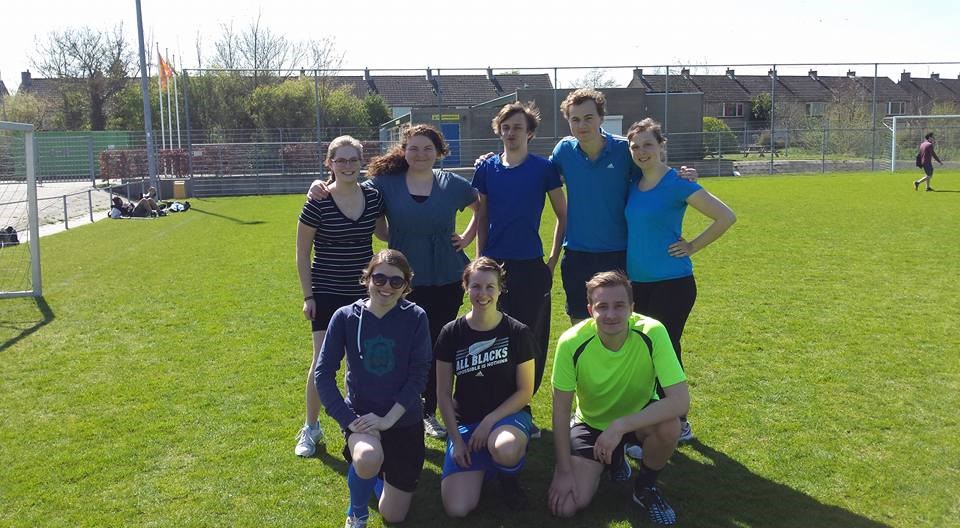 The end of the semester is approaching; the deadlines are coming closer and jumping at us from nowhere. However, next to the imminent mountain of work that all of us still need to do – except for those lucky nerds who managed to choose just the right courses – there are other events marking the end of the semester. Between the promises of parties to celebrate one more semester coming to an end, students should not forget that they have the possibility to kick professors’ butts in the faculty against student soccer tournament.

You might have noticed the multiple orange posters hanging on the walls. For everyone that does not know, the faculty against student soccer tournament (FASST), is an event in which students, faculty and staff are invited to form teams and play a few soccer matches. The participants are mostly new board members, but sometimes also Introweek families come back together to play. Last year I myself was one of the people who got tricked into competing in the team of AAC, both old and new board. I can tell you, I did not feel like playing and I definitely tried my best to get out of it. However, once I was on the field and had to compete against other boards and professors, to my own surprise I genuinely enjoyed myself. The fact that almost everyone who participated did not play soccer regularly, but still tried their best was quite motivating; the only people who could actually play soccer were the ones from the soccer team.

You might wonder what the point of this story is. Well, I can tell you that it may just be a rendition of my experiences at last year’s FASST. Or it might be the story of friendships forming, as most of the people who were there did not want to be. The fact that we were all there, suffering together and basically sucking together made for a very fun afternoon. It might tell the story of how something that you are convinced is not your thing, turns out to be a lot of fun. Especially the free dinner that everyone enjoyed together a few hours later, after a well-deserved shower, was nice. This really was a welcome ending to this experience. Basically, I would recommend to everyone to join, either with a new board, a group of friends, or the Introweek family you see way too little. This year’s edition will take place on the 3rd of May from 14.00-17.00, you can sign up with a team of at least 5 people by sending an email with your names to [email protected]! And keep in mind that most importantly, there is food involved.

Jelma Bil, Class of 2017, is a pre-med major from Middelburg, the Netherlands.