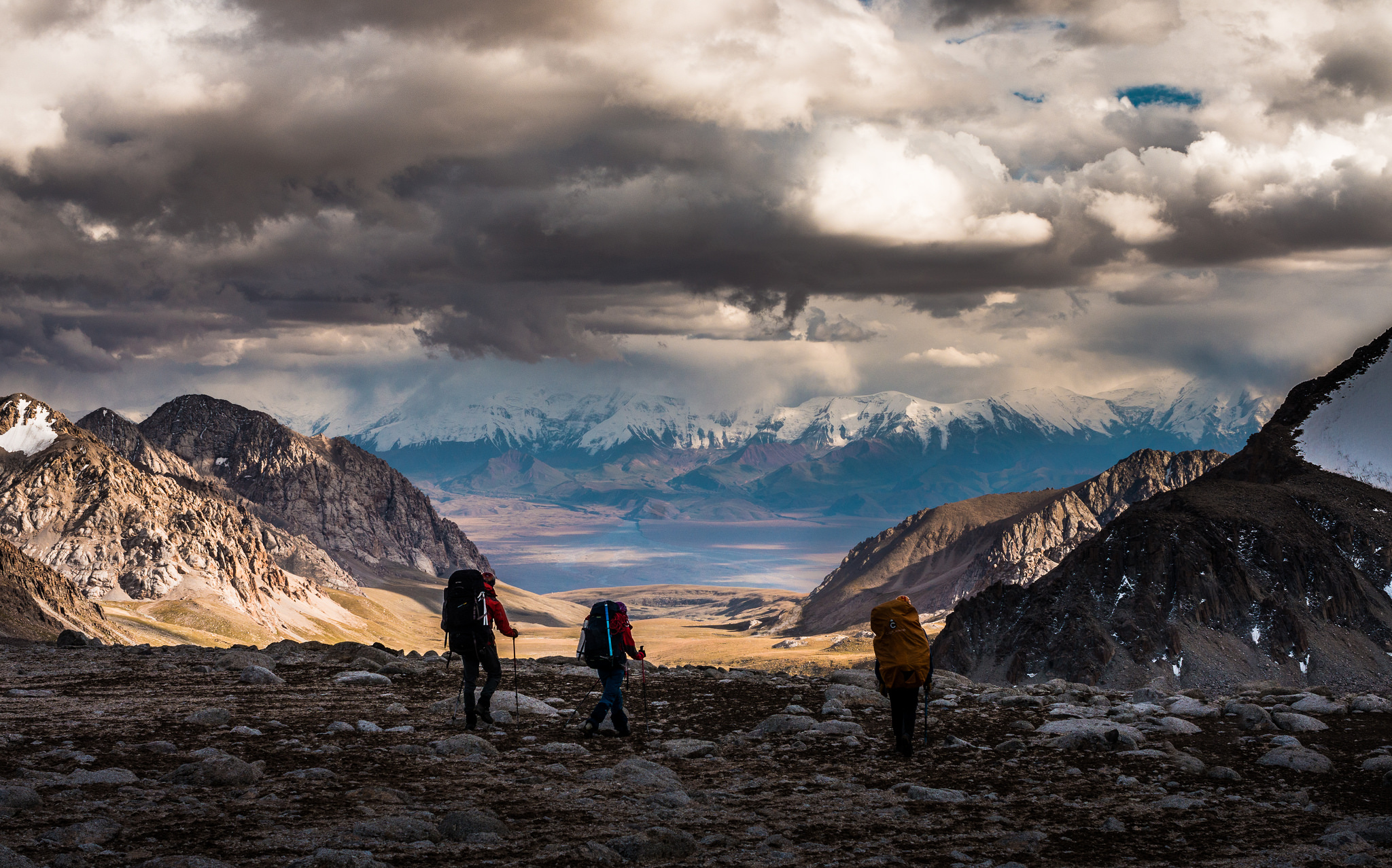 You know the deal. It’s 2017, and everyone is in the hip-hop game. These days, rap is a big thing. I don’t even have to tell you this. Anyone can fact-check this themselves at the closest party or in Spotify’s “Global Top 50”. And Central Asia is no exception. Of course, we have the fancy jazz bands, the guilty-pleasure pop stars, and the old-school legacy. But if you want to know what’s trending in Kyrgyzstan, you have to look at the rap scene.

What you will hear in this playlist will not astonish you from the first sound. The production is not sonically stunning, the beats are not monstrously innovative, and the melodies are not your catchy edsheraan-tunes. However, it’s still worth taking a look at — Kyrgyz music shines and blossoms when it comes to integrating different styles, different approaches, and different poetic themes.

Take Zamanbap. It’s a Kyrgyz rap trio, whose songs are on the radio, at the parties, and in every single pair of headphones in the country. They have good quality percussions and synthetic hooks framing their records, but that’s not their main quality. To understand what makes them stand out, you have to inspect the lyrics. Unfortunately, Kyrgyz is not the main international language, so the chances are high you can’t do that yourself. Well, I’m here to fill this gap. Zamanbap is a rather unique rap band because of its extreme didactic tone. Of course, the smart rap generation of Kendrick Lamar’s investigative storytelling is doing something similar but their approach is very subtle. It’s hard to say that about Zamanbap. They’re as straightforward as it gets, outperforming the most extreme cases of legendary Dutch directness. To get a grasp of it, a quick look at the song titles is sufficient: “Эне Тил”, or “Mother Tongue,” “Келечек жаштын колунда”, or “Future is in the Hands of the Youth,” “Тарбия”, or “Upbringing.” This could seem rather silly, but it is a big narrative in Kyrgyz rap; instead of focusing on luxurious lifestyles, or drugs and alcohol, it appeals to patriotic and educational purposes. I find this very sweet.

However, it’s not only about good manners and knowing your mother tongue (random fact bomb: a lot of Kyrgyz teenagers and young adults in urban areas can’t speak their native language). The second main theme in Kyrgyz music is Bishkek, the capital of the country. The amount of songs devoted to this city is ridiculous: if you ever thought that New York tops the list, forget everything you knew so far. Here comes the show. There are songs for any preference: poppy ballad by the national sex symbol, nostalgic guitar from one of the oldest music bands in the country, absolutely shameless dance club hit, or soundtrack to your beloved comedy series. Still, we’re talking trendy stuff, so it’s definitely worth checking out this heavy, murky rap-ode to “Город Б.” or “City B.” by A.P. from early 2017. With a blues guitar, turbid beat and aggressive recitatives, it’s not going to rock the summer festivals, but will help in maintaining a depressive mood in these last weeks of finals.

Oh, and here comes the good part, my personal favorite track from the recent years. A peculiar thing about Kyrgyzstan is that even though the majority of the world’s population cannot point it out on the map or even pronounce its name, it still has a rather rich cultural legacy. And music artists love to exploit it. They add some sections of komuz, replace the violin with a kyl kyak, and sell pretentious ethno-music albums to guilty Europeans who feel ashamed of suppressing foreign cultures for decades and centuries (I’ll tell you a secret: we don’t really care because we listen to the same artists and watch the same shows as you guys do). Nevertheless, sometimes a good and talented musician, for instance XTZ, nails it, and the result could be a worthy EDM track that shakes up the dance floor. When the beat drops in “Кыймыл”, or “Motion,” instead of the familiar synthesizer, you are confronted with a vocal sample which has this “ethno” vibe to it. It’s absolutely priceless, and I’d love to see an Elliott party going crazy to this song one day.

Obviously, we all also have our guilty pleasures. This guy is the star in Kyrgyz music: you know you have made it to the top once you start performing at seven weddings per day (it’s not a joke). Welcome Mirbek Atabekov, the geeky guy who became one of the most wanted men in the country and the owner of the “golden voice.” If you’re from Bishkek, know about the existence of Pitchfork, and have the habit of drinking latte machiato at fancy coffee places, you’re supposed to ignore the existence of this guy and never listen to his songs. But everyone loves breaking the rules (especially in post-Soviet countries), so a couple of his tracks find their way to your playlist.

To finish this playlist, we have to turn to something concrete and eternal. No, sadly, not to “Piano Man” on a great Tuesday night in Elliott, but to love songs. On the usual spectrum of song themes, love occupies the widest spot, but in Kyrgyzstan, as you could have already noticed, things are slightly different. The majority of music is devoted to either patriotic feelings, the capital, or the national football team. Love songs are the oppressed minority in our region. There’s not a lot of them, but check out this one by Троеразных: nothing extraordinary, although it can hit you badly on a lonely Saturday night.

Azamat Omuraliev, Class of 2018, is a Mathematics and Computer Science major from Bishkek, Kyrgyzstan