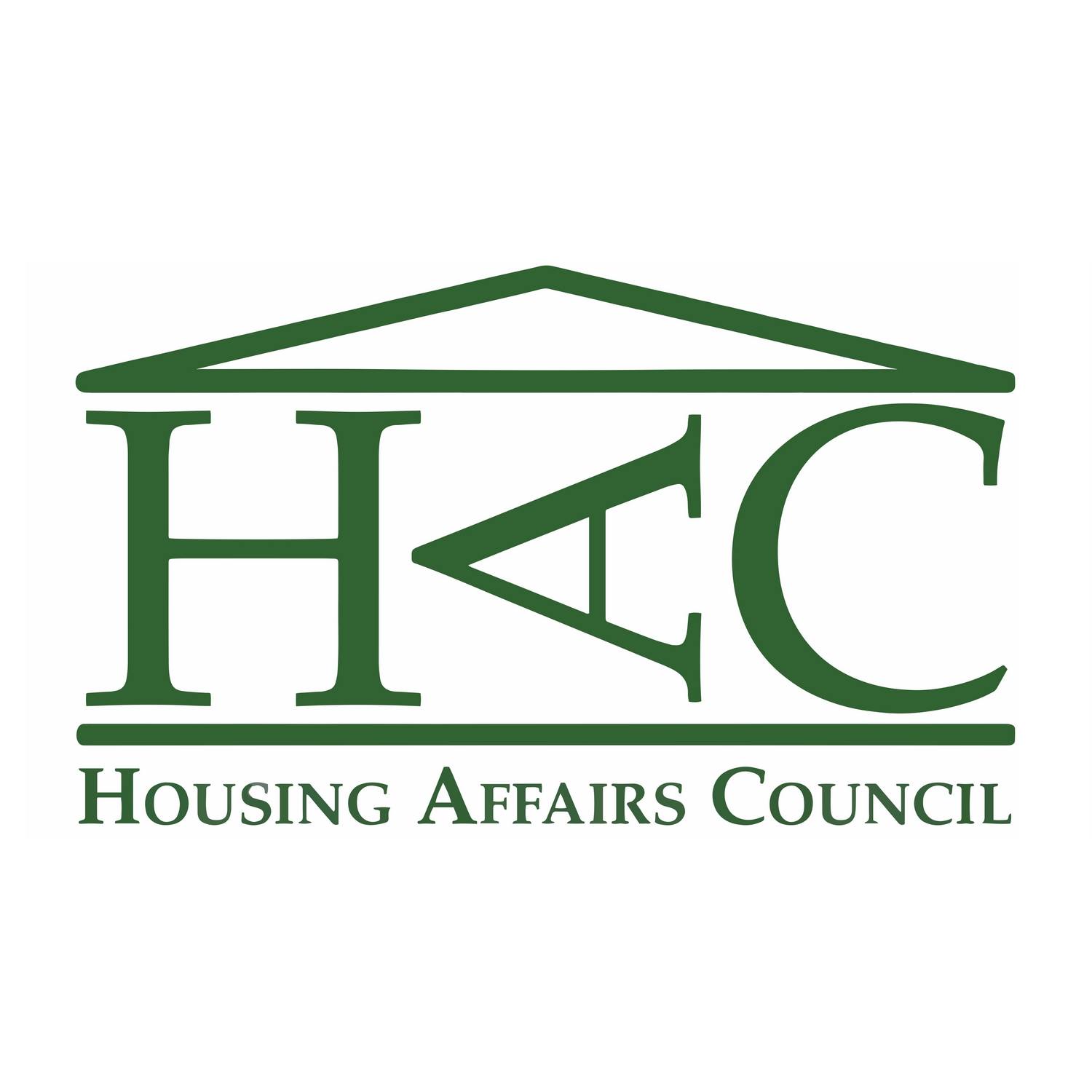 Ever since moving into Koestraat from my former campus two months ago, Isabel, the campus elder of Koestraat, has helped me greatly to ensure that I settle down smoothly in a new environment. I have had asked her for help a myriad of times such as when something in my room got broken or when I accidentally locked myself out.  Despite having lived on two campuses and receiving help from campus elders all the time, I could not define exactly what tasks and jobs campus elders actually do for us.  As such, I decided to sit down with Isabel Fernandez, the campus elder of Koestraat, for an interview to gain deeper insights into the role(s) and responsibility of a campus elder so that my readers and I can better appreciate their hard work.

Could you briefly describe what your job as a campus elder entails and in what ways it differs from being a floor elder?

“Of course. Basically, a campus elder is the one people, living on the campus, go to if they have any questions or complaints” explained Isabel. She added that campus elders are always there for you and they are one person you can always rely on every time you run into problems. Isabel further remarked that the campus elder is also the “main point of communication between Villex and the campus”. Also, to foster social bonding within the campus, various campus events are organized by them.

What does your ordinary day look like as a campus elder?

Isabel starts her day by checking her emails from HAC, “I would check HAC email once in the morning, once in the afternoon and also in the evening. At least twice in a day”. She also jokingly added that checking emails from HAC allows her to take time off from her schoolwork so it is kind of a destresser. Apart from checking her emails, she would also check her Messenger because there will always be at least one or two people living on campus who need(s) her help and it is imperative that she replies fast.

Once a week, she would also walk around the campus to inspect the various areas of the campus such as common rooms, laundry rooms on every floor, bike sheds, and so forth. Occasionally, Isabel would find a cart from Albert Heijn haphazardly parked in the bikeshed alongside the bikes. She revealed to me that there is still one from AH sticking around in the bike shed. After inspecting the campus, if there is a point of concern such as the unhygienic condition of the laundry room or an AH cart in the bike shed, she would immediately make a post on Koestraat Facebook page to settle the problem.  If she comes across more serious defects which are not due to the fault of the residents, then she would notify HAC via email. Also, on a weekly basis, she would water the plants but she can always ask the floor elders to do it for her.

Are there any prerequisites to be a campus elder?

As being a campus elder sounded like a lot of work and responsibility, I was curious if there were some specific prerequisites or requirements that you need to fulfill before you want to run for a campus elder. “No!”, replied Isabel. According to Isabel, the only thing required of the potential candidates is the willingness to help others. She said that “in the mid-term and end-term when you are busy with the exams, you should be still willing to help people”, adding “of course, you can always refer them to floor elders or someone else, but I always try to help as much as I can”

I also asked her if one needs to be at least in their second year to be eligible for an election. She answered that technically it is not impossible but as the election is often held in the previous semester, it is unlikely for a first-year to be a campus elder. However, in the worst situation when nobody is interested to run, it is possible that the first-year students are recruited.

Is there some kind of training that you need to do before you start your job as a campus elder?

If there are no prerequisites, then surely there must be some kind of training for the new campus elders. So I asked Isabel if she was obliged to attend any of the workshops or training sessions before she began her job.  Isabel recalled that there were no workshops per se. However, there were meetings that she had to attend where HAC members would explain to her what she had to do as a campus elder. She attended these meetings at least for a couple of hours.

Is there anything interesting that happened during your time as a campus elder?

“Well, this journey as a campus elder looks a lot different than the previous year due to covid”, remarked Isabel, “But one thing I really liked was making people happy with free food. When we organize online events, not many people sign up. But whenever it involves food, a lot of people would get excited.”

Previously, food was never delivered but now with covid-19 regulations, she had to organize a delivery service within the campus where she and floor elders visited from room to room to deliver the food. Isabel mentioned the Taco dinner from last semester as one of the most memorable dinner events she organized which I also vividly remember. Back then I was still living in my former campus and I was visiting my friends at Koestraat which coincided with the Taco dinner day. Before we knew it,  my friends and I started cooking alongside Isabel and the floor elders.

The regulations at the time allowed 6 people to be in one place so me, floor elders, and my friends were split into two rooms-6 people in each room and we cooked together and separately. And later that evening, me, Isabel and my friends went to each floor to deliver the food. It was really fun and I already felt like a part of the Koestraat community despite being an outsider. Also, the whole experience of delivering food made me feel like a Santa coming to people’s place with a gift. As memorable as the event was, in retrospect, I do feel a pang of conscience as I think I ate more free Tacos than I actually cooked, and also, I was very chaotic in the kitchen.

Is there anything about this job that you don’t like? Something that you wish you had known?

Surely, being a campus elder is not all sunshine and rainbows every day. As soon as I asked this question, Isabel immediately blurted “stealing!” It frustrates her a great deal whenever she finds common items stolen. In the beginning, some plants would go missing which is also why she inspects the plant area once a week to make sure they are not stolen. She reassured me that now, they no longer go missing.

However, food in the common freezer still gets stolen. And as a result, some people feel insecure. “It is not something you can stop with words. Everybody knows that stealing is bad. But it still happens” remarked Isabel. Isabel once proposed installing a camera in the campus as a preventive measure but a lot of people disagreed so that could not happen.

I honestly do not know how to solve this problem either because as Isabel mentioned, it is not something you can stop with words. Also, as someone who had some stuff stolen in the last two months, I was here, I do feel slightly insecure. So I just hope that those people who steal become decent sometime soon.

With a new trash system which we know that not a lot of people are happy about, is there a lot more work you have to do as part of HAC?

According to Isabel, campus elders do not have to be involved in this negotiation process with the municipality although they can if they want to. However, as Isabel does not speak Dutch, she cannot be directly involved even if she wants to. Most of the time, she would get updated by people on board.

From what she knows, this negotiation is mainly done through emails between HAC, Villex, and the municipality. And the members in HAC also have to translate these messages in accessible ways for everyone at UCR. “It does seem very stressful”, remarked Isabel.

Is it challenging to be part of HAC because you don’t speak Dutch?

Isabel revealed to me that she is the only non-Dutch person on the board so I asked her if she faces any difficulties due to her lack of Dutch. Isabel explained that sometimes her neighbors need to get used to the fact that their campus elder is not dutch. But after all, “we are at the international campus (UCR) so people should just adjust to it”. Also, people on the board help her in many ways. They accommodate her by holding the meetings in English and sending English emails to her. As such, not speaking Dutch does not prove to be a huge obstacle in executing her job.

What was your personal motivation to be a campus elder?

I wanted to get a little personal with Isabel so I asked her about her personal motivations or any special reasons for becoming a campus elder. In fact, Isabel told me that she did not voluntarily sign up to be a campus elder. But rather, during her fourth semester, she was approached by her former campus elder and was asked to be one. In the beginning, she was quite apprehensive about being a campus elder while also being in the final year of her school. But then, since she really loved helping people and interacting with people, she eventually agreed to do it. Furthermore, the workload was not as intense as she had initially thought. It was manageable, indeed. She jokingly commented, “I had three 300 courses last semester (5th semester) but I am still here. I still survived haha”.

Finally, what is it about your job that you like the most?

As Isabel is in her final semester, she is currently looking for a new campus elder to take over her place. Apparently, finding a new campus elder has always worked out as there were at least one or two people who would volunteer. However, this time, Isabel is facing a little difficulty as nobody has volunteered so far. In the worst-case scenario, she has to be actively involved in recruiting people by asking around. Isabel added that for those who are debating whether to apply, being a campus elder might sound like a lot of responsibility but it is very doable and manageable. Furthermore, this experience as a campus elder can also impress your future employers as it is compelling proof that you are capable of communicating effectively and handling external responsibilities in tandem with your schoolwork.

I would like to thank Isabel once more for this interview. Also, thanks a lot to other campus elders and HAC members for making our living spaces better every day.